Joe D. Van Tol of Rock Valley (center) was recently honored by the Iowa Bankers Association for more than 50 years of service in banking, most of that time spent with Peoples Bank in Rock Valley. Van Tol is pictured with his wife Judy, Peoples Bank CFO Lynn Van Beek and Peoples Bank CEO Al Vermeer.

Joe D. Van Tol of Peoples Bank, Rock Valley was recently honored by the Iowa Bankers Association for more than 50 years of service at a bank. The award was presented to Van Tol during the IBA Annual Convention on Sept. 24 in Des Moines. Van Tol was one of 12 individuals recognized for reaching the 50-year service milestone.

“Iowa banks have been a trusted resource for Iowans for more than 100 years. We are honored to have the commitment and experience of bankers like Joe who have worked to provide valuable service to Iowa bank customers and their communities for more than half a century,” said IBA President and CEO John Sorensen.

Van Tol started his first job in banking in Yankton, SD, in 1969.  In 1977, the Van Tols moved to Rock Valley to start a new bank.  What was then known as Lester State Bank moved its charter to Rock Valley and was renamed Peoples Bank & Trust.  Peoples maintained its office in Lester and has a bank location there to this day.  At that time, total bank assets were $4 million.

In 1987 a group of local investors, including the Van Tol family, purchased Peoples Bank & Trust.

“We are proud that Peoples Bank is still a truly locally owned bank,” says Van Tol.  “Almost every shareholder lives in Sioux or Lyon County.”

In 1999, the bank’s name was shortened to Peoples Bank. When Van Tol retired seven years ago, total bank assets were $400 million.  Today, they are $600 million.  Van Tol continues to be part of Peoples Bank as Chairman of the Board.

When asked what the most significant change has been in 50 years, Van Tol says there are many.

To name a few, Van Tol says, “Computers changed our industry completely and has made it much easier to provide top notch customer service. The employees, particularly those who were born after I started working in 1969, are much better prepared to enter the workplace than we were.  I continue to be impressed with their skills and ability to move from high school or college to the workplace seamlessly.”

Van Tol feels blessed to be part of the Rock Valley community for so many years.

“Judy and I feel privileged to have raised our four sons in Rock Valley.  Six of our eight grandchildren also call Rock Valley ‘home’ even though they are off to college or graduate school,” says Van Tol. “The churches and schools here have done a wonderful job of making this a family friendly place.  In our morning devotions together, we often thank God for blessing our family, our church and our business efforts.”

Peoples Bank has been awarded a Top Workplaces 2019 honor by The Des Moines Register. The list is based solely on employee feedback gathered through a third-party survey administered by research partner Energage, LLC, a leading provider of technology-based employee engagement tools. The anonymous survey measures several aspects of workplace culture, including alignment, execution, and connection, just to name a few.

“Why does your organization exist – in 7 words or less?  That is what ‘Where Values Matter!’ means to us,” says Peoples Bank CEO Al Vermeer.  “We can all make a living a thousand different places doing a million different things, but we choose to do so at Peoples Bank because we live out our values of honesty, integrity, respect, enriching, excellence and embracing change in all we do.”

“Becoming a Top Workplace isn’t something organizations can buy,” Claffey said. “It’s an achievement organizations have worked for and a distinction that gives them a competitive advantage. It’s a big deal.”

Peoples Bank in Akron, Iowa, is celebrating their 20th Anniversary serving Akron and the surrounding communities.
"It's an honor for us to be able to serve and support Akron and the surrounding communities for 20 years," says Peoples Bank Akron President Mike Hohenstein. "We look forward to many more years to come."
The bank started in a temporary building in 1999 and moved into their current location on Highway 12 in 2002.
Peoples Bank in Akron will be kicking off their anniversary celebration on Friday, June 28 by sponsoring Free Popcorn Night at the Akron-Westfield home varsity baseball and softball games vs. West Sioux.
Celebration will continue the week of July 8-12. Stop in at the Akron Peoples Bank lobby during those dates and register for some amazing prizes! On Tuesday, July 9, there will be a free vehicle window wash at the bank drive-up, and on Friday, July 12, there will be a free hot dog feed at the bank from 11:00 AM - 2:00 PM. They will also be offering various bank specials throughout the week.

The Bank Leadership Institute is a comprehensive program designed for bankers who wish to set higher goals and enhance their personal skills for leadership roles in banking and the community.

2019 was the 25th year for the Leadership Institute, and 25 bankers participated in the program. Session topics included strategic thinking, DiSC profiles, public speaking, economic development, government relations, professional presence and coaching. In February the class attended the IBA Management Conference, and in March they visited the Iowa State Capitol as they learned about the IBA’s lobbying efforts.

The final session for the 2019 Institute included an educational workshop with speaker Coach Kevin Kush who is known for leading his Boys Town High School football team of at-risk youth to an undefeated regular season and spoke to the group on the eight traits of a quality teammate.  The program also included an Iowa Banking Leadership panel with Iowa bank leaders sharing their thoughts on today’s banking climate and advice for the class.

Peoples Bank has been awarded a 2018 Top Workplaces honor by The Des Moines Register. The list is based solely on employee feedback gathered through a third-party survey administered by research partner Energage, LLC (formerly WorkplaceDynamics), a leading provider of technology-based employee engagement tools. The anonymous survey measures several aspects of workplace culture, including alignment, execution, and connection, just to name a few.
“Top Workplaces is more than just recognition,” said Doug Claffey, CEO of Energage. “Our research shows organizations that earn the award attract better talent, experience lower turnover, and are better equipped to deliver bottom-line results. Their leaders prioritize and carefully craft a healthy workplace culture that supports employee engagement.”
“We are so honored to once again be named a Top Workplace in Iowa,” said Peoples Bank CEO Al Vermeer. “To me, it is simply a reflection of the dedication of all of our employees to our Vision, Mission and Values. We could all make a living a thousand different places doing a million different things, but we choose to do so at Peoples Bank because we feel that we positively impact our communities in all that we do!”
“Becoming a Top Workplace isn’t something organizations can buy,” Claffey said. “It’s an achievement organizations have worked for and a distinction that gives them a competitive advantage. It’s a big deal.”

The Independent Community Bankers of America® (ICBA) has released its 2018 Top Lenders Lists.
Every year, ICBA calculates the top community bank loan producers in the agricultural, commercial and consumer categories, broken down by asset size. This year’s lending leaders can point to many different success factors, but at the heart of it all is second-to-none customer service.
Peoples Bank was named as the #1 Ag Lender in the Nation in the $500 million - $1 billion asset category.
“At Peoples Bank, not only our roots, but also our stalks and leaves are in agriculture.  We are proud to partner with so many hard-working producers who use their gifts and talents to feed the world every day!” states Peoples Bank CEO Al Vermeer. 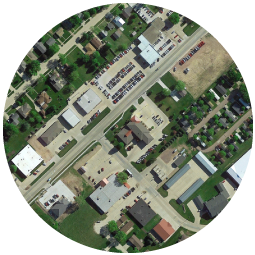 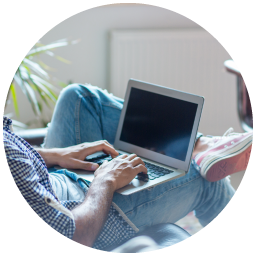 Accounts
Click here for more details about our accounts. 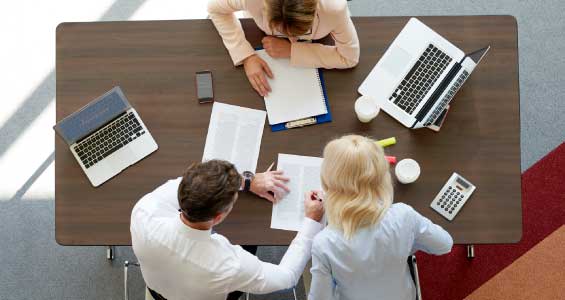 We are always looking for highly motivated candidates to join our team! 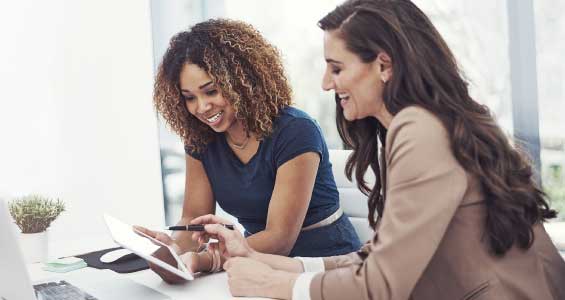 Ready to bank with us? We have made the transition process quick and easy!